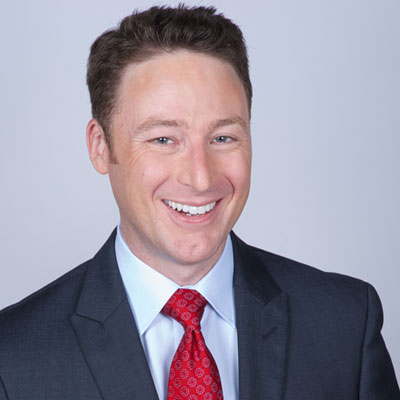 Michael Jenkins is co-host of NBC Sports Washington’s daily talk and entertainment program, D.C. Sports Live, which launched in June 2018. Since joining NBCSW in 2004, he has served as a reporter, anchor and host coverage every pro and college team in the Washington/Baltimore region.

Jenkins has been recognized with a variety of awards and honors for his work at NBCSW. A multiple Emmy Award-winner, he has claimed the region’s top prize sports reporter, sports anchor and host/moderator. His work has also earned him four Edward R. Murrow Awards.

A veteran sports journalist, Jenkins joined NBCSW from KVUE-TV (ABC) in Austin, Texas, where he served as a sports anchor and reporter for six years. Prior to that, he held similar positions with KTVB-TV (NBC) in Boise, Idaho, and KTEN-TV (NBC) in Denison, Texas.

Jenkins is a graduate of the University of Texas at Austin, where he earned both bachelor’s and master’s degrees in journalism. He also spent four years as a journalism professor at Austin Community College.