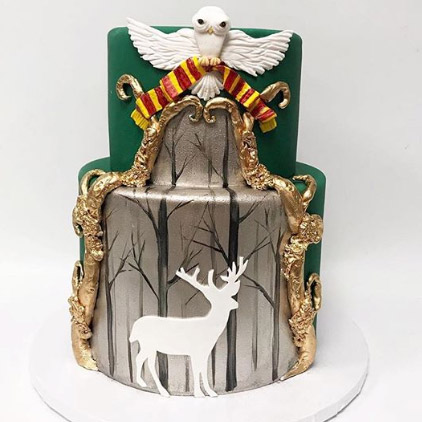 The Unstinting Sweetness of Tiffany MacIsaac

Tiffany MacIsaac wasn’t raised by a family of home bakers – far from it. Back on the Hawaiian island of Maui, where she grew up, the award-winning pastry chef was once intrigued when her grandmother claimed to have baked a peach pie; when questioned about the pie carton in the trashcan, her grandmother insisted with perfect frankness that she had ‘baked’ it by heating it in the oven.

Nor was it an interest in food that propelled MacIsaac to the mainland after high school; she was drawn to New York’s professional theater scene. But in the short time it took her to become disenchanted with that world, she’d been completely hooked by restaurants. Enrolling in the Institute of Culinary Education, she received a brief introduction to pastry. It wasn’t a lightning bolt, she says. She was enjoying the savory side of her training, just fine. The appeal of pastry, reveals the woman who has been named Best Pastry Chef by the Restaurant Association of Metropolitan Washington, is that she enjoys the painstaking techniques, likes making things pretty – and hates chopping onions.

MacIsaac honed her skills as pastry assistant in the demanding kitchens of Union Square Café and Ilo Restaurant in the Bryant Park Hotel. When she gained the title of Pastry Chef, it was at a Michelin-starred restaurant, CRU; her next step was to another, Allen & Delancey. In 2009, she and her husband, chef Kyle Bailey, relocated to Washington, DC to open Birch & Barley, a venture of the Neighborhood Restaurant Group that garnered three stars from The Washington Post. In her five years with the group, MacIsaac orchestrated the pastry programs of a remarkable fourteen properties, and in addition to bringing home the ‘RAMMY’ in 2011 and in 2018, she was honored for three consecutive years as a James Beard Award semi-finalist.

Now, as proprietor of Buttercream Bakeshop in downtown Washington, across from the Convention Center, MacIsaac devotes herself to the simple ambition of making people happy with her high quality confections. “My goal,” she says, “is to make people want more of whatever they’re eating, when it’s done!” Fueled by flour, sugar, and, of course, plenty of butter, she sets about doing this with her partner and lead decorator, Alex Mudry-Till, and a team of talented bakers and confectioners.

Her style is distinctly playful, but the serious work of the kitchen is what produces consistently superior cakes, cookies, and confections. The bakeshop, whose sales are fairly evenly distributed between daily goods from the showcase and its signature special order cakes, is known for nostalgic homely treats that have been elevated to gourmet status. Take the ‘Happy Camper’ bar, which actually evolved from the ‘S’Mores Cake,’ a tower of honeyed meringue, chocolate ganache, and graham cracker crust. Or the ‘Ho-Ho,’ an elegant play on the packaged Hostess® snack. The ‘Flakie’ is a hand-rolled, muffin-shaped croissant filled with a rotating roster of yummy flavors. If what you want is a single slice of cake, Buttercream Bakeshop is happy to accommodate you – and why not enjoy it with a cup of Compass Coffee? MacIsaac’s wedding cakes are prized throughout the region, recognizable at twenty paces – and at first bite.

Buttercream’s building is newly constructed, which allowed for a massive industrial kitchen with a spacious walk-in refrigerator below the cheerful retail operation: the first time, says MacIsaac, that she’s had enough space to work comfortably. Recipe development is a constant pursuit, and MacIsaac, an inveterate tinker-er, never considers a formula to be final, often revisiting and tweaking a recipe over a course of years.

Far from isolated in her Buttercream basement, however, MacIsaac has forged strong connections to the community. From loyal clients who return for custom cakes as special occasions unfold in their lives, to her fruit vendors at the local farmers market; from the exclusive wedding-cake partnerships she enjoys with the Mandarin Oriental and the Hay-Adams Hotel, to the quid pro quo arrangement with her florist that keeps the bakeshop aglow with fresh flowers, this a pastry chef whose big heart and good cheer are valued as much as her professional artistry. Serving on the board of directors for the Restaurant Association Metropolitan Washington, MacIsaac remains actively committed to being involved in the local restaurant community. In her domain of butter and sugar, MacIsaac oversees a team of over a dozen, arriving at the bakeshop herself by dawn’s early light. She happily credits her hand-picked colleagues with the smooth operation of her enterprise. “I love my staff!” she says, warmly. “It feels great to have a business that supports this many talented people, working hard to make others happy, one sweet at a time.”