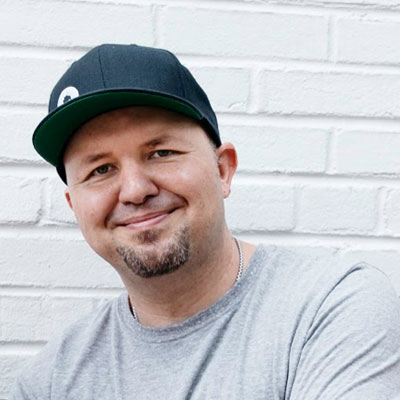 The name South Block was born, based on a simple belief… that small changes can have BIG IMPACTS!

Amir is the founder of South Block & local pioneer in bringing cold-pressed juice, smoothies & acai bowls to the DC area. Amir first fell in love with juicing while soaking up rays on a trip to Southern California back in 1998. It wasn’t just any juice that Amir fell in love with… no, it was the fresh, healthful, sustainable, and high-quality ingredients that he found while in California. After jet-setting back east, Amir was unable to find that same freshness in DC. That was when he knew that it was time to bring the juice revolution to his own backyard!

Although Amir loves art, and still incorporates his love for creativity in his juice bars, he left his career as a graphic designer back in 2003. The result was the very first “California Style” juice bar to come to the DC area… really, back then there was nothing like it in DC! In 2004, Amir opened his first Juice Bar at George Washington University called Campus Fresh.

In 2011, South Block was born in Clarendon on the sleepy “South Block” side of town. But that block would soon come to life! Amir believed that he could create life out of that sleepy block, by giving people an awesome experience and making them feel fantastic through the food and the good vibes they would be serving!

Ever since then we have been on the move, taking the good vibes and great products to new communities in the DMV! With over a decade of juicing knowledge, South Block is a locally owned and operated juice bar with locations in Northern VA and DC.

Start making changes with you, your Block, your community, and watch the world around you change!